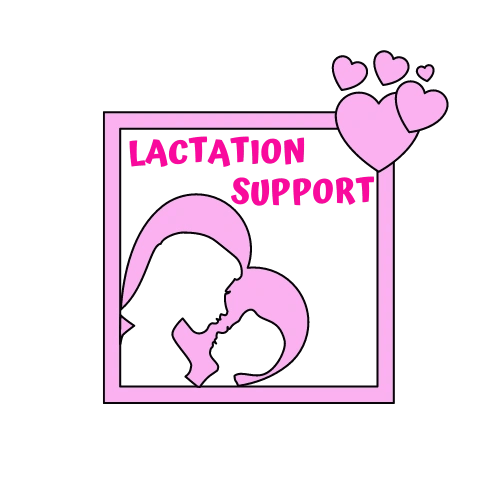 LACTATION SUPPORT All about mothers and babies!!

Human milk is the ideal for all babies upto 6 months exclusively according to WHO guidelines. Human milk is rich in immunity and nutrition and the constitution of milk keeps changing to accommodate babies growing needs. It has ideal balance of all the nutrients and none of the formula companies have managed to  duplicate this composition.

Breastfeeding has advantages for both mother and babies.

2) Otitis Media: This is the infection of ear. Human milk oligosaccharides and antibodies provide protection against respiratory infections thus reducing the incidence of otitis media mainly under the age of 1 year.

4) Gastrointestinal Infection: The breastmilk contains lactobacillus which is gut favorable microbiome that reduces the incidence of gastrointestinal infections by competing with potentially pathogenic bacteria for nutrients.

5) Allergies: The incidence of allergies is also lesser in breastfed babies.

6)Neurodevelopment: The development of babies neurological functions is immature at birth. Breastmilk provides right nutrition for establishing this maturity. The breastfed babies have higher IQ and cognitive functions.

8) Type 1 Diabetes: The breastfed babies who are exclusively breastfed for more than 3 months have reduced incidence of Type 1 Diabetes. The further studies are being conducted on cow's milk formula, as it is  known to cause increase  islet cell auto antibodies which would increase the incidence of the disease.

3) Reduces Fat:Making milk requires lot of energy. Thus everytime breastmilk is made lot of energy is utilised and most of the times fat storage in the body is used for this process. Thus, the extra fat mother had put on during her pregnancy starts melting away during breastfeeding.

4) Lactation Amenorrhea: Breastfeeding delays ovulation leading to lactation amenorrhea. This works well for spacing between the babies. This is more effective if breastfeeding is exclusive with mother breastfeeding or expressing every 2-3 hours throughout 24 hours.

5) Type 2 Diabetes:Breastfeeding exclusively for first six months is known to reduce the risk of type 2 Diabetes later in life for those mothers who had gestational Diabetes.

7) Reproductive cancers:Breastfeeding exclusively has known to reduce incidence of ovarian and breast cancers.

8) Bonding: Breastfeeding helps strengthening the bond between the mother and child.

Information for educational purpose only